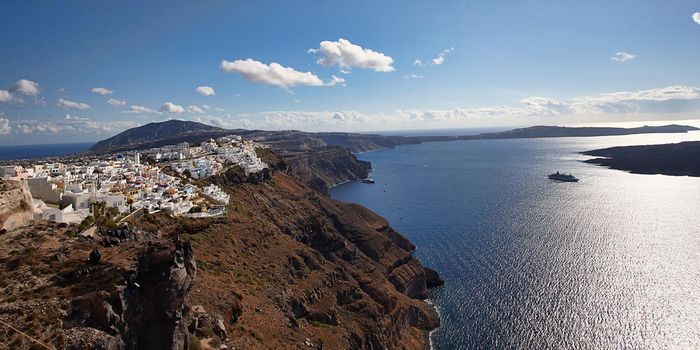 Santorini is one of the most famous Greek islands worldwide and owns the right to be! The volcanic island of Santorini or “Thira” – its official name, deserves all the superlatives. Some of the best hotels are located on Santorini, at the unique Caldera, whereas the restaurants serve dishes of the delicious local cuisine and exceptional Santorini local wine. It is the island with the most surreal and dramatic landscapes in the Cyclades and has, along with Mykonos Island, a leading role in tourism, providing a high quality of services and facilities. The view and scenery of Santorini wake so many different emotions but only one could sum up all of them: awe.

The Santorini island is what remained of a massive volcanic explosion in the 16th century AD. The ‘Thera Eruption’ as scientists refer to, is the reason for the extinction of the Minoan Civilization that has spread in the Aegean. The astonishingly well-preserved findings of the archaeological site of Akrotiri indicate the advanced civilization of ancient times. Santorini remained uninhabited for several years after the eruption. In the Hellenistic era, Santorini is a naval base for Egypt. In the 13th century AD, Santorini goes under the Franks and takes its present name of the Catholic church of Saint Irene. In the 16th century goes under the Ottoman Rule and in 1830 becomes part of the independent Greek State. In 1956 Santorini sees a devastating earthquake with many losses and in the early ’70s starts attracting tourism. 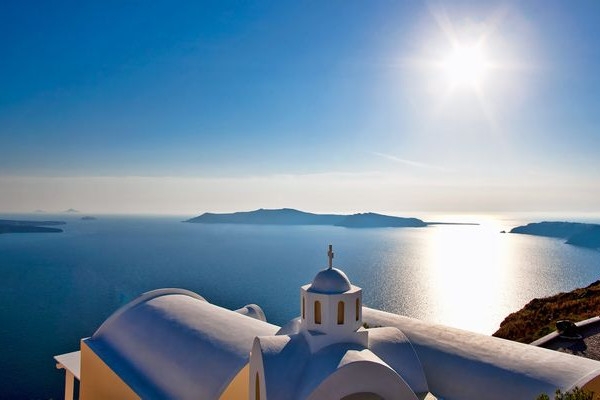 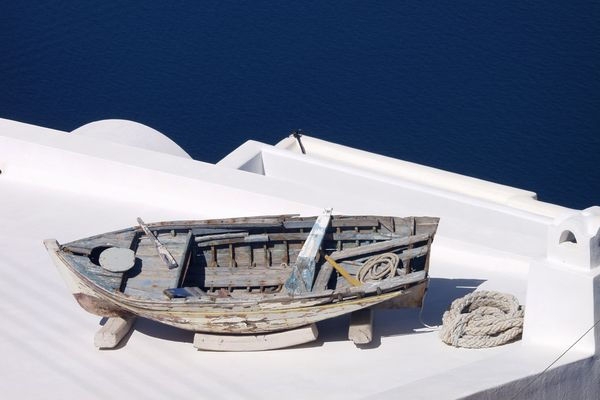 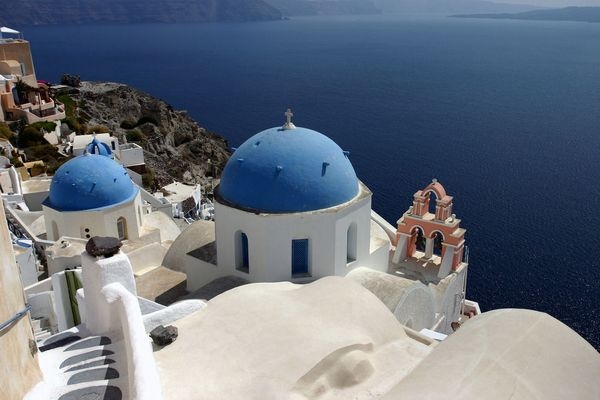 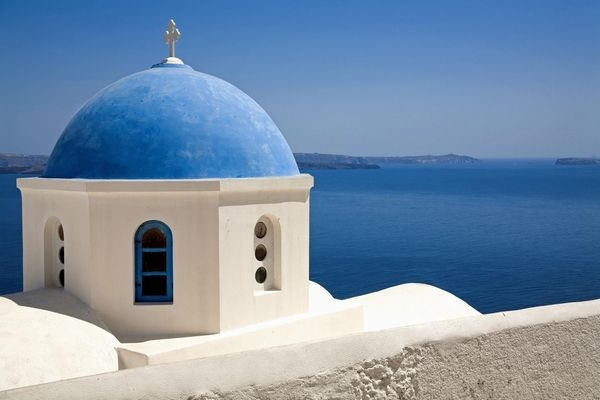 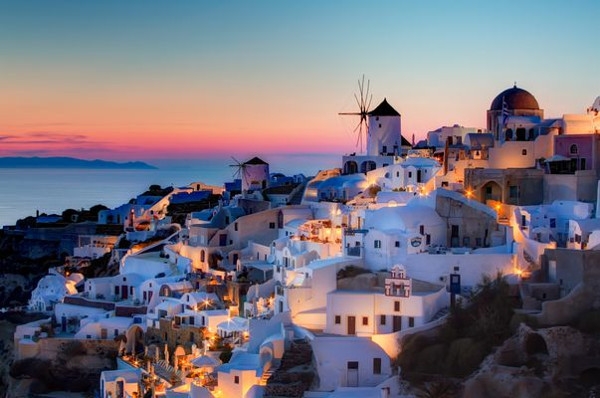 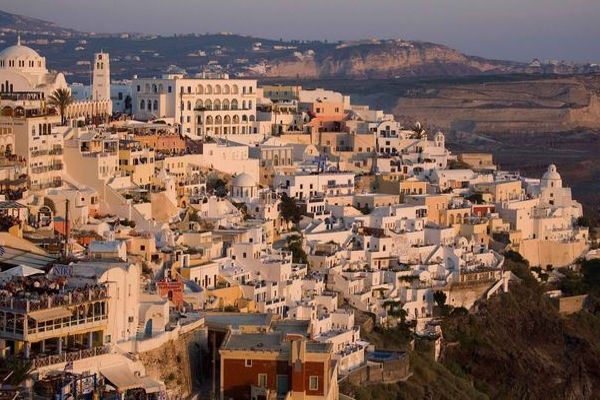 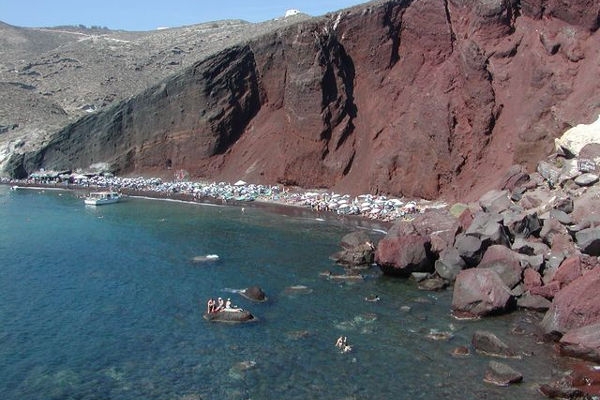 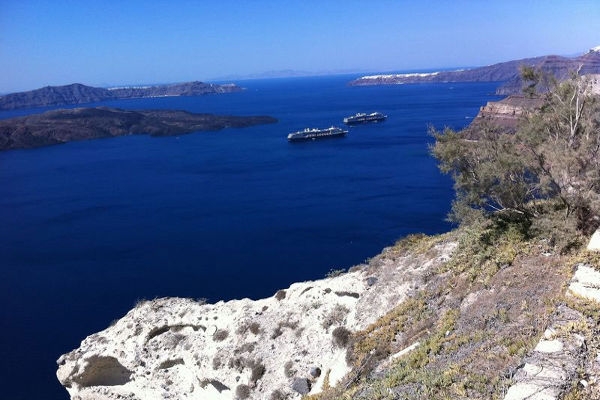 The island of Santorini offers unique and magnificent scenery, from every angle. The unique landscape formed of the volcanic eruption is stunning and famous for the colors during the sunset. Walking around the traditional village of Ia and watching the famous sunset is a must for every visitor. You can also visit the islet of Palia Kameni and walk on the volcano’s heart or swim in the extraordinary beaches of black or red sand. The very interesting archaeological site of Akrotiri is closed to the public because of the collapse of the canopy covering the site and a new one is currently being built. You can visit instead of the small but really interesting Archaeological Museum in Fira with important recent findings of the pre-eruption era.

During your trip to magnificent Santorini, you should definitely include some boat trips, choosing between one-day shipping group tours with traditional boats or private luxury cruises with elegant yachts. A visit to the volcano and the hot springs is a “not to miss” thing and among the most characteristic activities one can enjoy on the volcanic island.

For those who love diving, Santorini is considered as a unique paradise, due to the fact that the powerful volcanic eruptions that shook the island in the past have created a beautiful underwater scenery. 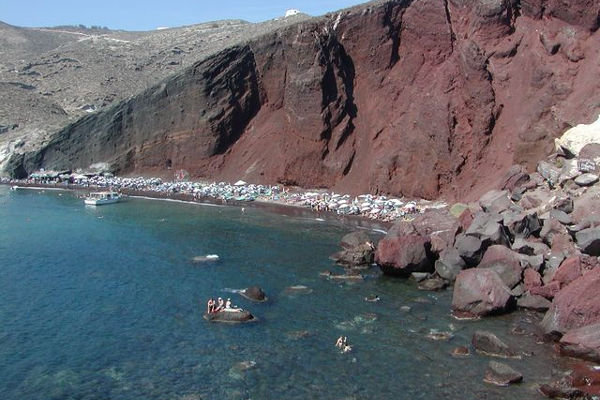 The red beach is one of the most famous and beautiful of the beaches of Santorini. It is located near the village and ancient site of Akrotiri.

Because it is smallish, the red beach gets quite busy. A number of people come onto the headland just to admire this beach and never make it down to the hot sand. The reason why it attracts so many people is because of the slabs of red and black volcanic rocks behind it.

Indeed one walks from the car park over a rocky route before it comes into view. If you look along the rock you can see it gradually turn white and the next beach obtains its name from this. The sand itself is reddish black and painful to sit straight onto. There are furthermore a lot of sun loungers and shades. Just in front of the clear water is a corridor of large pebbles. You find on this beach that the sun seems to beat down particularly strong. The snorkelling is good here due to the interesting rocks.

Only accessible by car and then by walking from the lot, it can reach by the sea, with caiques (small fishing boats which are used during the summer for transportation that depart from the ports of Akrotiri and Fira.

The White Beach is also located in the area, and the same caique can take you to it. A destination that can not be missed it!